EU calls on Turkey to speed up readmission of irregular migrants

EU calls on Turkey to speed up readmission of irregular migrants

Greece, Germany and the European Commission urge Turkey to fully implement its migration agreement with the EU.

Greece, Germany and the European Commission have called on Turkey to fully implement its migration agreement with the European Union by speeding up the return of asylum seekers that crossed onto the bloc’s territory from Turkish soil.

“The European Council and Commission are here to reassure Greece of their unstinting support to bring to fulfilment the EU-Turkey statement,” German Interior Minister Horst Seehofer said on Friday in Athens, after a trip to Turkey as part of a European delegation to discuss the issue.

The EU-Turkey Statement, which came into force in March 2016, stipulates that Turkey must readmit third-country nationals who “illegally and directly entered the territory of the Member States after having stayed on, or transited through, the territory of Turkey”.

“Our aim is the full implementation of the EU-Turkey Statement,” said European Commissioner for Migration Dimitris Avramopoulos, who was on the return leg of the trip to Ankara.

“Without doubt, Greece is under pressure. Arrivals are up and conditions on the islands are tragic for the people who are there,” Avramopoulos said. “The Statement continues to apply and all sides are obliged to follow.” 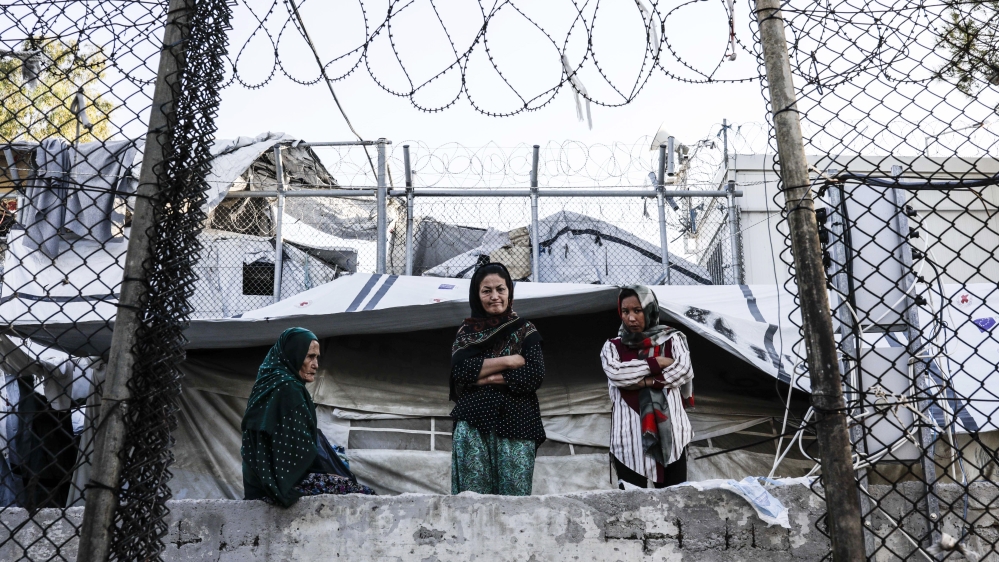 There were about 50,000 asylum seekers in Greece when the Statement came into force. According to the United Nations High Commission for Refugees (UNHCR), Greece had 88,750 at the end of August. Returns to Turkey during that time have numbered a mere 1,806.

On Monday, the Greek cabinet announced plans to speed up deportations dramatically, returning 10,000 asylum seekers back to Turkey next year.

Refugee reception camps on Greek islands in the Aegean have filled to overflowing.

Moria camp on the island of Lesbos was originally built for 1,200 and was later reconfigured to house 3,100. It now has a record 13,000, as the rate of arrivals from Turkey picked up last month.

A fire that broke out in the camp on September 29 killed at least one person and caused a riot that had to be put down with water cannon.

Turkish President Recep Tayyip Erdogan has threatened to “flood Europe” with refugees if he did not receive more financial support from Europe.

Europe also has internal problems with burden-sharing. According to current asylum rules, refugees must apply for international protection in the first EU country they reach.

Ever since a relocation programme ended in September 2017, there is no mechanism to move asylum seekers from front-line states after arriving on their shores.

“If we don’t help Greece and the countries at the external borders we will have an uncontrollable migration policy which will be a dead-end,” Seehofer said.

“If we don’t face it in an organised way, the immigrants will appear in a disorganised way all over Europe,” he said.

His remarks were directed towards Austria, Hungary, Poland and Denmark, who have refused to take any refugees from Greece. Slovakia relocated 16 and the Czech Republic 12.

Chrysohoidis also renewed calls for a common European asylum policy as a vital component of managing refugee flows to the continent.

“We need solidarity and proportional burden-sharing,” he said.

One of the reasons Greece has so many asylum seekers is that it has played by the book when it comes to asylum interviews, resisting European pressure to exclude anyone from the process on the basis of nationality.

Monday’s cabinet meeting suggested that this may change.

A briefing note said that an upcoming revision of asylum law will include “induction into the asylum system only of those who have a refugee profile”.

Romanian PM Grilled on Rule of Law in Brussels